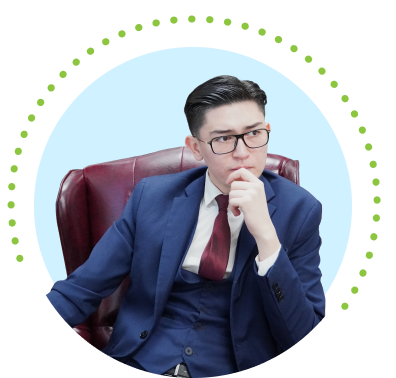 I remember the twinge of excitement that had been coated over my stomach, making my insides feel like they were in a frenzied whirlwind, when I signed my first W4 to become an official employee of Stuart’s Pharmacy, a local hometown pharmacy that would become my first real job at the age of 16.

These feelings of excitement and ambition were stunted rather quickly when the true nature of small privately owned pharmacies was opened up to me. The work was a combination of tedious refill after refill and monotonous paperwork of updating and recording our clients, only to ever receive disgruntled and unsatisfactory comments from our patients that their prescription was either wrong, not ready by the time it was dictated it would be, or absent altogether; the message, in my eyes as a firsthand account of what plagues a pharmacy, was exceptionally clear- the system was broken and in desperate need of change and revitalization with this new coming age. As someone who understands what ails the pharmaceutical field, I am also one to recommend what potentially could provide reprieve from these detriments, and what could provide your business with the competitive edge it needs to increase both profit and efficiency, and that system is Rx2Go.

The system of Rx2Go is a relatively new system that has exceeded expectations of its projected growth and development over the course of several years. Although there is now a central hub of pharmaceutical information and commerce in New York City for Rx2Go, the company has delved into the international market, offering its pharmaceutical services on a now global scale. Working alongside the World Health Organization and FDA domestically, Rx2Go is a global conglomerate that specializes in the delivery of pharmaceutical prescriptions on a worldwide scale. The company offers a wide variety of services, which has undoubtedly served as a catalyst for their rampant growth as a network over the last several years.

In regards to the services provided by Rx2Go, their clientele ranges from pharmaceutical businesses to the individual patient, opening up a wide client base which stimulates further growth and an increase of profits within the near future of this company. Furthermore, for businesses, Rx2Go offers a bulk delivery service, which allows the entire delivery service to become easier, cheaper, and more efficient, while offering tracking and real time status on deliveries for added convenience for both the consumer and the pharmacy. Rx2Go has made innovative strides towards the increase of both efficiency and convenience through their bulk delivery service as it also condenses the intake of pharmacies, as well as provides a personal touch on deliveries for individual clients, increasing satisfaction and rates of return use. Rx2Go also offers a service known as a Delivery Dashboard. The Delivery Dashboard is another example of how Rx2Go is expanding and innovating the field of pharmaceutical technology. In an effort to increase efficiency and convenience, the Delivery Dashboard which works to optimize delivery routes, digitally record and update patient files and prescription information, and handle the intake of new prescriptions and clients, removing the tedium that I had once faced as a disgruntled pharmacy employee years ago.

In assessing the current standings of Rx2Go, every accessible and quantitative factor suggests that their trajectory in the future is going to be even greater than their previous increases since their initial development as a company. As of right now, solely addressing their New York City marketing hub, the company maintains over 55 legally certified drivers that encompass all five boroughs of New York. These drivers average over 4000 deliveries per day, and within the last year had surpassed over 1,200,000 deliveries, solely operating out of their New York City operations base. On a global front, their international base centered in India, the number of deliveries even further surpasses their already staggering number of 1,200,000. The success and continued profitability of this company is inherently evident, based on their immense growth and development previously. Although other companies, such as GreenCross, are attempting to make their stake within the same field, Rx2Go has differentiated itself as the forefront of pharmaceutical technology, guaranteeing and producing increases in both efficiency and profit for the companies that utilize it. 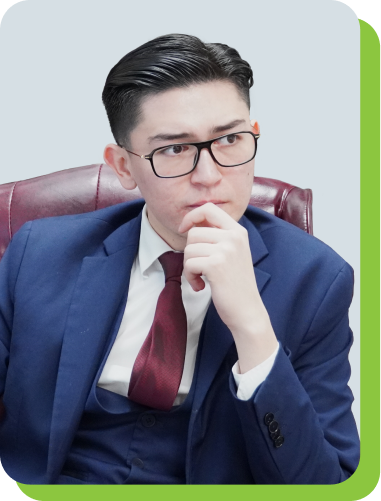 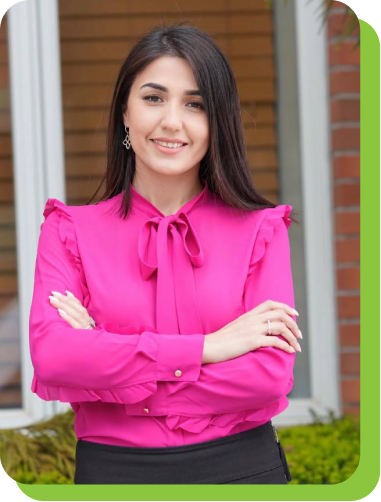 I have always been excited about what we do — offering services and solutions to pharmacies and hospitals, and making patients’ lives easier.
I love seeing how it can ease their lives by saving time, stress and money. 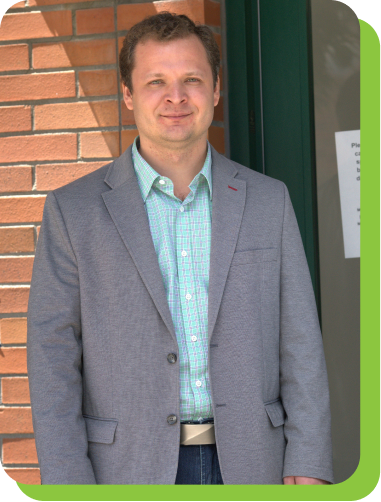 Dmitry went from a single developer to a CTO with a team of 300 IT professionals in 9 countries.
He joined the Rx2Go because he considers it as one of the most important things he can do and he continues to pursue his goals. 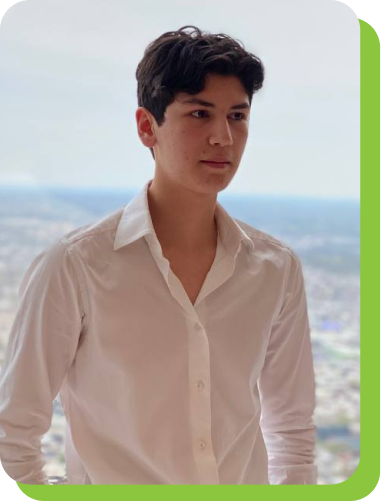 My main responsibilities in this company is to keep in track of all orders and making sure they are properly and conveniently delivered to recipients, making sure all clients are happy and satisfied of using our
service. I have great communication skills and I speak 4 different languages which really helps me to communicate with clients and patients. 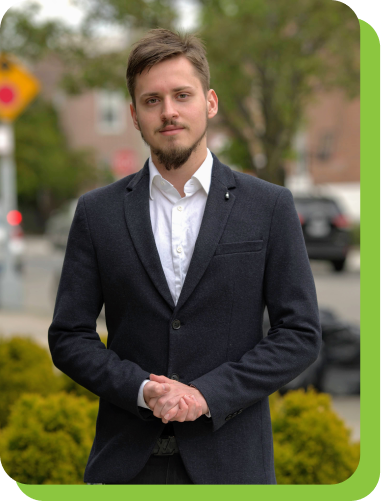 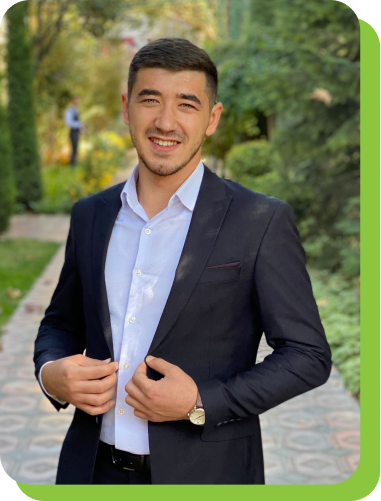 During his career in this company he managed to collect a considerable number of talented and promising candidates for his team. By bringing together more than 30 people, he managed to create an advanced team capable of recognizing goals and correctly prioritizing the future. 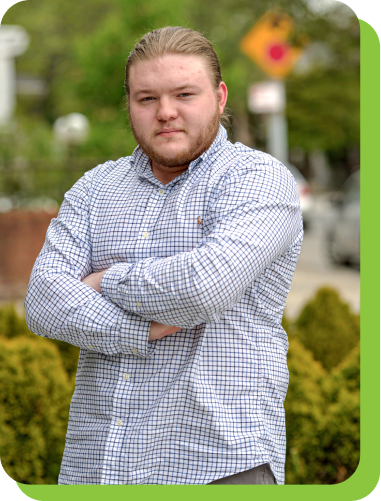 I facilitate between all departments, ensuring that every question or concern is addressed and resolved quickly and proficiently. My team and I have one simple motto that sums up our purpose: “Quality over Quantity.” We treat every single customer with the utmost care, leaving you with nothing but satisfaction!

We believe delivering prescriptions to patients should be easy, and it’s our mission to help pharmacies do so.

Everyone at Rx2Go, from our drivers to our software developers are committed to providing the most convenient service possible to both pharmacies and their customers” 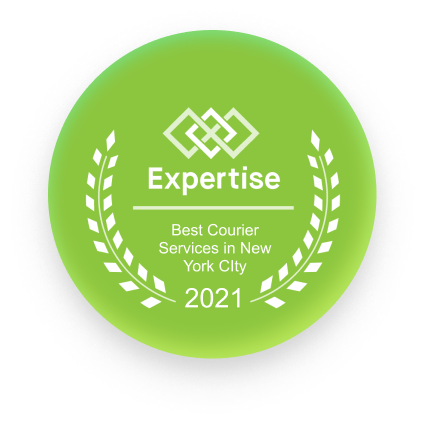 “So impressed with the communication all around From the beginning to the end. The gentleman who delivered was so friendly and professional as well”

“First time using the delivery option and it was really awesome and he was very respectful, thank you”

“driver was so nice. It was raining and in front where I live was flooded and she made sure I got the medicine. We need more people like this. Thank you”

“Both the dispatcher and the driver were very courteous. The driver was also very kind unfortunately I did not have exact change and he was able to help out and make change for me since I was paying cash. He went above and beyond! Thank you”

“I was very happy because he came to the door and I had to sign for delivery. It just wasn’t dropped off and left at another building like other services do and I have to go searching all over the place for my medication.”

“Quick and easy . Did not expect it to be like that. Expected more like UPS. This was a pleasant surprise.”

“Extremely responsible. Called me since she was given 2 different addresses. Verified and gave me my sons prescription. Thank you, thank you!!!”

“I didn't hear the door and the driver had them call me which I appreciate because I would not have had my medication today!! Driver was patient..”

“Another excellent delivery. The dispatcher is ALWAYS professional, courteous and kind. I appreciate his politeness and clear instructions. Keep up the great work.”

“Have nothing negative to comment about! Drivers/ delivery person, always friendly and delivers on time! Thanks a lot for great service!”

“Excellent, out of this world from ordering until delivery !!!, this company is the best creation ever, thanks for putting the elderly first, God bless you all thank you and please be safe”

“First order with you has been an amazing experience. Great service provided by all contacts with your company.”

We use cookies on our website to give you the most relevant experience by remembering your preferences and repeat visits. By clicking “Accept All”, you consent to the use of ALL the cookies. However, you may visit "Cookie Settings" to provide a controlled consent.
Cookie SettingsAccept All
Manage consent

This website uses cookies to improve your experience while you navigate through the website. Out of these, the cookies that are categorized as necessary are stored on your browser as they are essential for the working of basic functionalities of the website. We also use third-party cookies that help us analyze and understand how you use this website. These cookies will be stored in your browser only with your consent. You also have the option to opt-out of these cookies. But opting out of some of these cookies may affect your browsing experience.
Necessary Always Enabled
Necessary cookies are absolutely essential for the website to function properly. These cookies ensure basic functionalities and security features of the website, anonymously.
Functional
Functional cookies help to perform certain functionalities like sharing the content of the website on social media platforms, collect feedbacks, and other third-party features.
Performance
Performance cookies are used to understand and analyze the key performance indexes of the website which helps in delivering a better user experience for the visitors.
Analytics
Analytical cookies are used to understand how visitors interact with the website. These cookies help provide information on metrics the number of visitors, bounce rate, traffic source, etc.
Advertisement
Advertisement cookies are used to provide visitors with relevant ads and marketing campaigns. These cookies track visitors across websites and collect information to provide customized ads.
Others
Other uncategorized cookies are those that are being analyzed and have not been classified into a category as yet.
SAVE & ACCEPT

Calculate how much will cost deliveries

Where do you deliver?